Some time ago I wrote a post about an upcoming Magazine theme from Elegant Themes called Extra.
The post was called Extra Magazine theme: Sneak peek and it explained that Extra was a theme built for bloggers and that with its state-of-the-art blogging centric functionality it would do for post based websites what the Divi theme has done for page based websites.

So what went wrong, why is Extra taking so long?
Is the delay a sign that things haven’t gone to plan or is it a sign that Elegant Themes have been carefuly putting the building blocks for Extra into place?

Hi everyone. Just to let you know that many of the links on this site are my affiliate links. What that means is that if you click one of them and buy something… I get a commission. It doesn’t cost you anything extra and I only recommend things that I’ve tried and tested, so please, please, please… use my links.

Amending my prediction from June 10th to June 17th for the release of Divi 2.4.
We decided to extend the release date by one week to allow for our new beta testing program.

Less than a month after 2.4 we will be releasing the Divi Builder Plugin, and Extra comes after that. Then we can reveal our big plans for Divi 3.0.
Nick Roach – Elegant Themes

A Universal Builder that will work with Divi… and Extra

This lead to the concept of a Universal Builder, a Builder that would work with Divi and Extra on both pages and posts, could be used to power other themes and could even be used as the basis for a Builder plugin.

And rather than inventing a whole new Builder, they decided to take the tried and tested Divi Builder and modify, improve and reshape it into the Universal Builder.

The foundation to the Universal Builder… a new Fluid Grid

So Extra will be powered by the Universal Builder based on the Divi Builder, but in order to make the Divi Builder work on posts, on pages, in Extra, or in any other theme, the grid that serves as its foundation had to be reinvented.

And so Elegant Themes have built a new fluid grid that will house completely fluid Modules.

This fluid grid will allow the Divi Builder to work anywhere and my guess is that we’ll see it first in the Divi 2.4 update, which is scheduled to be released on June 17th.

The new grid will be entirely fluid and percentage-based. All fixed widths will be gone, along with the time-consuming effort it takes to modify them.

Elegant Themes have mentioned, in the past, that they don’t want Divi users to feel “theme bound” and that they would like to create a plugin that will allow you to take your Divi Page Builder content with you if you change themes.

The work on Extra and the Universal Builder has crystallised their thinking and accelerated the work on a Divi Builder plugin that will let you retain the full integrity of your Divi and/or Extra built content and migrate it to any other theme.

This Builder plugin will allow you to change themes and still keep your precious Page Builder content. It will also allow you to use the advanced Builder elements in any theme, not just Elegant Theme’s themes.

In short this plugin will set the Divi Builder free.

And finally, we come back to Extra

The road to Extra has taken a few twists, turns and detours and we’ve not reached our final destination even yet. This is however definitely one of those occasions when you have to take a few steps back… in order to make a huge leap forward.

What started as two themes each with their own distinct Builders has ended with two themes sharing a common universal Builder.
Along the way a new fluid grid, that will house completely fluid Modules, has been developed and the idea of a Divi Builder plugin, that will allow you to take your Divi content with you if you change themes, has become a reality.

Elegant Themes has told us that their anticipated sequence for issue of updates, themes and plugins is:

These developments mean that in the future there will be no compatibility issues or redundancies between themes and content, only a single “Builder framework” extended by the themes it powers and/or Module extensions.

Exciting developments ahead – the perfect time to join Elegant Themes

This is a post about the trials, tribulations and progress of the Extra Magazine theme, but it’s also a post about the future of Elegant Themes and how the production of Divi and Extra has shaped that future.

Divi and Extra will be the first themes powered by a “Builder framework”, which will be extended in the future to include additional themes and additional Modules.
And users of these themes will be able to quickly and easily move their “Builder” created content between themes using the Divi Builder plugin.

If you’d like to join the Divi / Extra community, and create your content using the universal Builder, then sign up with Elegant Themes, download your copy of the Divi Pagebuilder theme and get ready for the exciting times ahead.

Put simply, Extra is taking so long because the work we are doing represents progress on a broader set of goals that involve not only Extra, but Divi and our future themes and plugins as well.
Nick Roach – Elegant Themes

I hope that you enjoyed the post and that it helps explain the thinking and rationale behind the development of the Extra Magazine theme and goes some way to explain why Extra is taking so long.
if you have any thoughts about Divi, Extra, the universal Builder and the Divi Builder plugin, then please leave a comment and if you’d like to spread the word about these exciting development over at Elegant Themes, please use my social sharing icons below.

Credits:
My thanks and gratitude to Elegant Themes for the graphics and details of the development of Extra and the “Builder framework” used in this post. 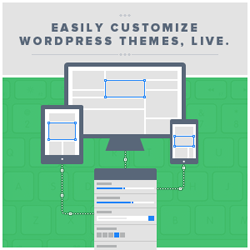 Admin and other links

Hi everyone.
Just to let you know that many of the links on this site are my affiliate links.
What that means is that if you click one of them and buy something... I get a commission.
It doesn't cost you anything extra so I hope that you will use my links.